"Buddha" is not a surname, as one might think, but an honorary title given only to persons who have realized salvation through their own realization.

The man usually referred to by this title is a historical figure. He probably lived between the 6th and 5th century B.C. in northern India and was called Siddhartha Gautama before his enlightenment. The teaching (dharma) he revealed, which has undergone many further developments over the centuries, and the monastic order he founded are still alive today, in recent years through the lively activity of Tibetan lamas here in the West.

In addition to the historical Buddha Gautama, there are a number of Buddhas who are said to have lived before him and revealed the Dharma. They are called prehistoric Buddhas. In addition, there are also future Buddhas. They have not yet been born, but are said to arise in the coming eras. The Buddha who is still expected in this age is called Maitreya.

Another group of Buddhas are the transcendental Buddhas. They, unlike the previously listed Buddhas, are not born on earth. They are removed from the laws of nature, timeless and always present. They are also called Dhyani Buddhas because they can become visible in meditation (Dhyana). The transcendent Buddhas include Akshobhya, Ratnasambhava, Amithaba, Amoghasiddhi, and Vairochana.

The five Dhyani Buddhas represent the 5 wisdoms with the mastery of which one is "enlightened" and feels no more suffering:

To the still "misperceiving" they appear as the 5 basic poisons from which infinite entanglements are created that need to be released. One can recognize the 5 different Buddhas by their hand position.

A special form of Buddha statues are the "Happy Buddhas". They symbolize joy on the spiritual path. "Happy Buddha" always reminds us of this, bringing serenity and joy into our lives. 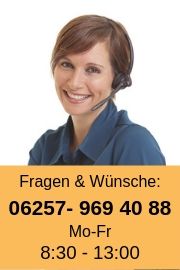